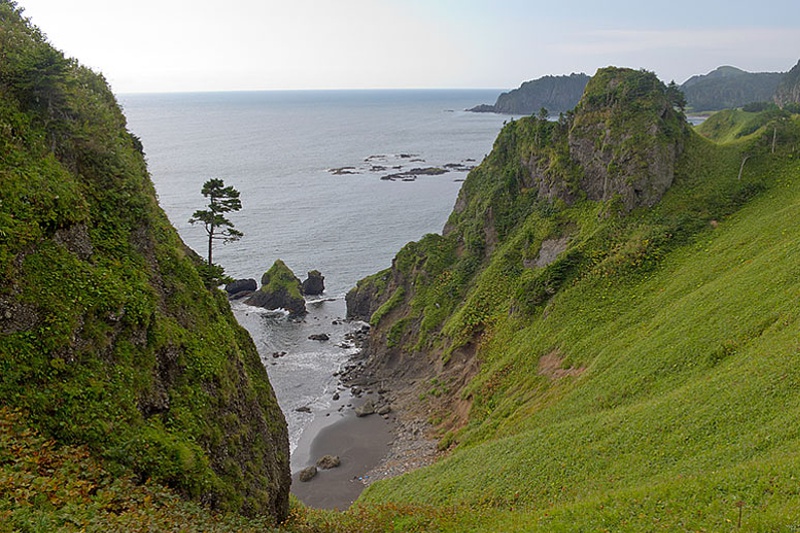 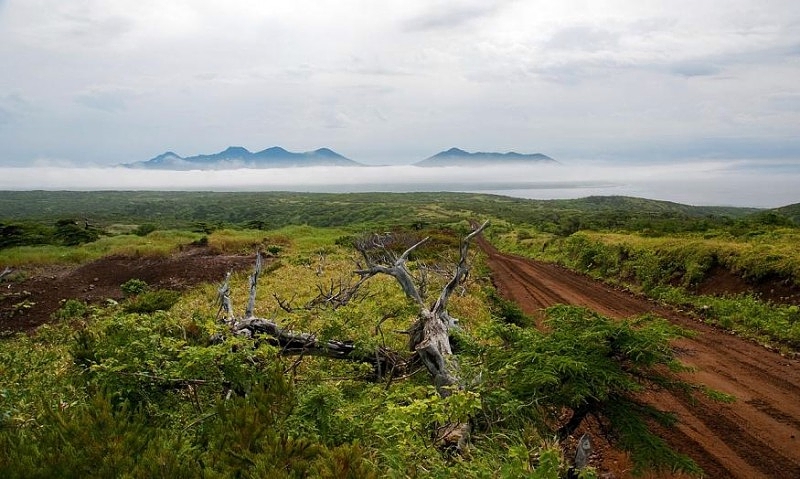 The Kuril Islands or Kurile Islands in Russia's Sakhalin Oblast region, form a volcanic archipelago that stretches approximately 1,300 km (810 mi) northeast from Hokkaido, Japan, to Kamchatka, Russia, separating the Sea of Okhotsk from the North Pacific Ocean. There are 56 islands and many more minor rocks. It consists of Greater Kuril Ridge and Lesser Kuril Ridge. The total land area is 10,503.2 square kilometres (4,055.3 sq mi). 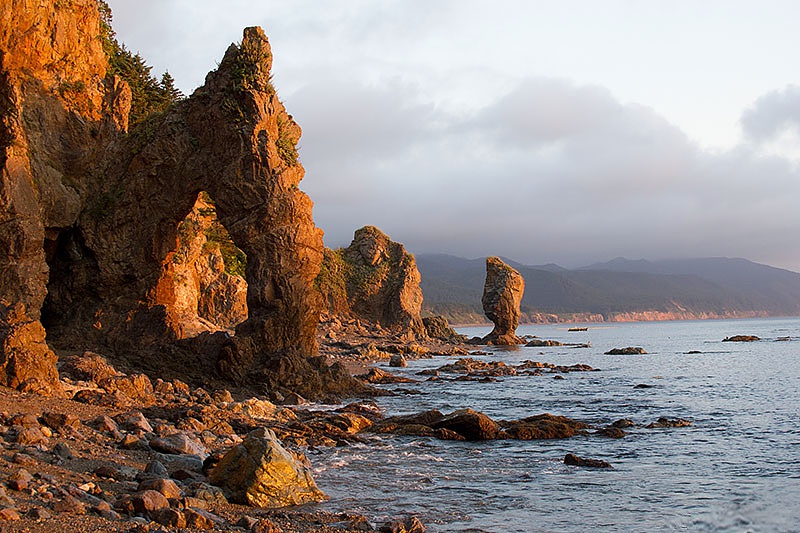 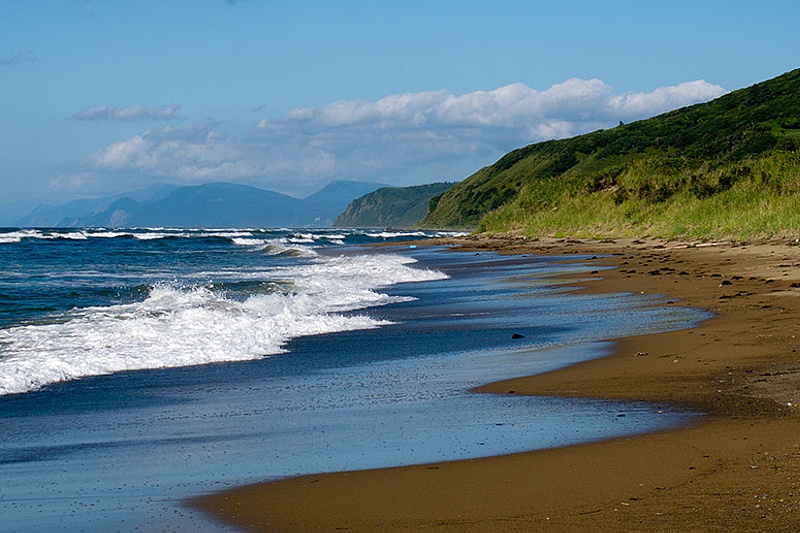 The Kuril Islands form part of the ring of tectonic instability encircling the Pacific ocean referred to as the Ring of Fire. The islands themselves are summits of stratovolcanoes that are a direct result of the subduction of the Pacific Plate under the Okhotsk Plate, which forms the Kuril Trench some 200 kilometres (120 mi) east of the islands. The chain has around 100 volcanoes, some 40 of which are active, and many hot springs and fumaroles. There is frequent seismic activity, including a magnitude 8.5 earthquake in 1963 and one of magnitude 8.3 recorded on November 15, 2006, which resulted in tsunami waves up to 1.5 metres (5 ft) reaching the California coast. 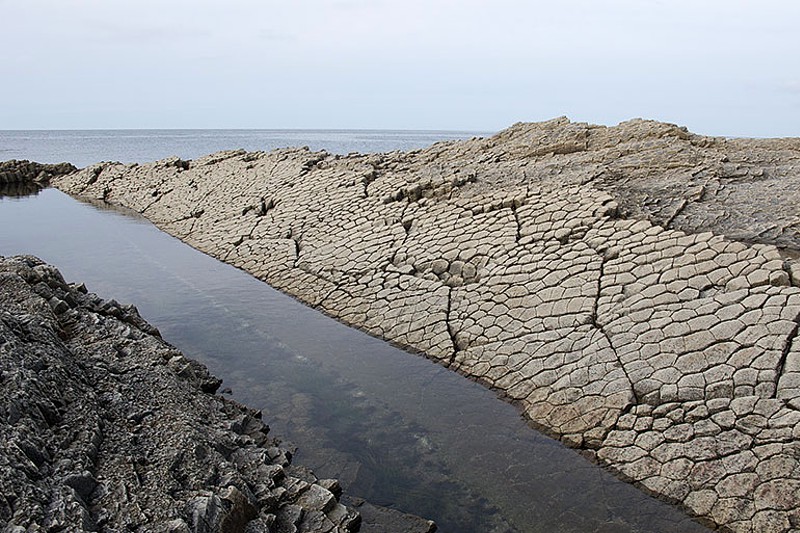 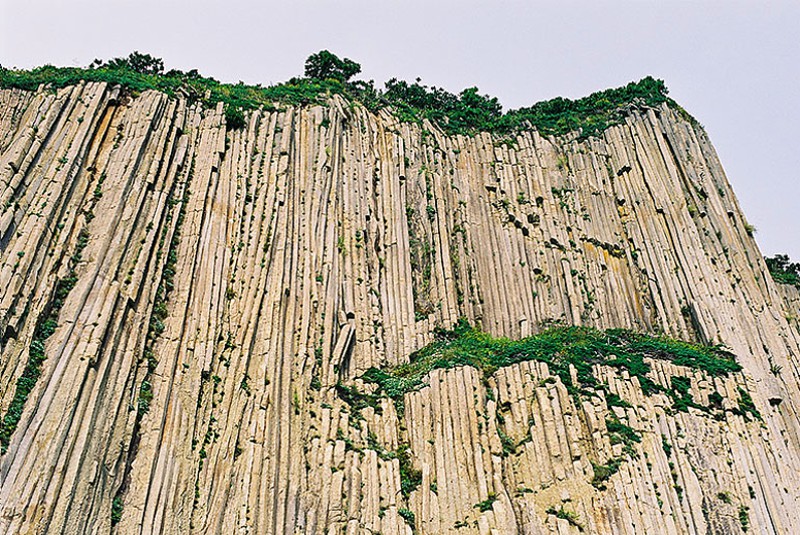 The climate on the islands is generally severe, with long, cold, stormy winters and short and notoriously foggy summers. The average annual precipitation is 30–40 inches (760-1,020 mm), most of which falls as snow. The chain ranges from temperate to sub-Arctic climate types, and the vegetative cover consequently ranges from tundra in the north to dense spruce and larch forests on the larger southern islands. The highest elevations on the islands are Alaid volcano (highest point: 2,339 m or 7,674 ft) on Atlasov Island at the northern end of the chain and Tyatya volcano (1,819 m or 5,968 ft) on Kunashir Island at the southern end. Landscape types and habitats on the islands include many kinds of beach and rocky shores, cliffs, wide rivers and fast gravelly streams, forests, grasslands, alpine tundra, crater lakes and peat bogs. The soils are generally productive, owing to the periodic influxes of volcanic ash and, in certain places, owing to significant enrichment by seabird guano. However, many of the steep, unconsolidated slopes are susceptible to landslides and newer volcanic activity can entirely denude a landscape.