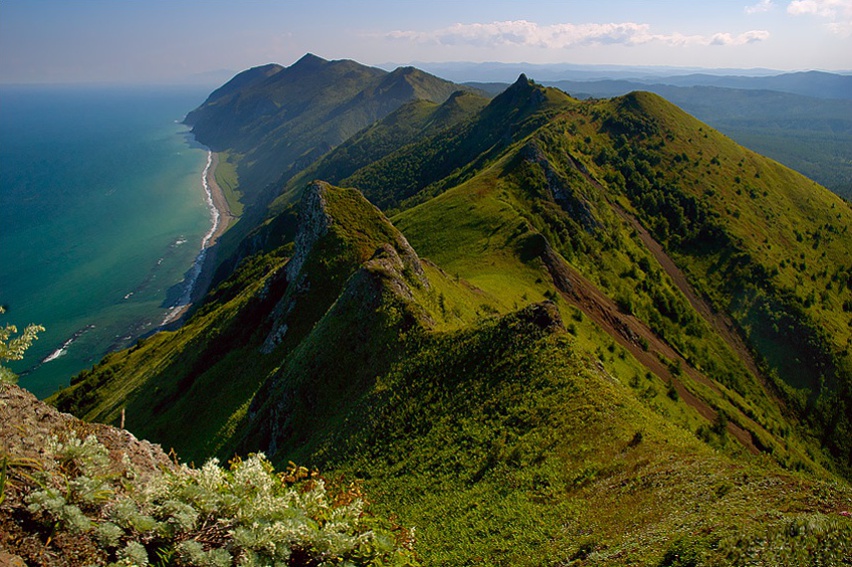 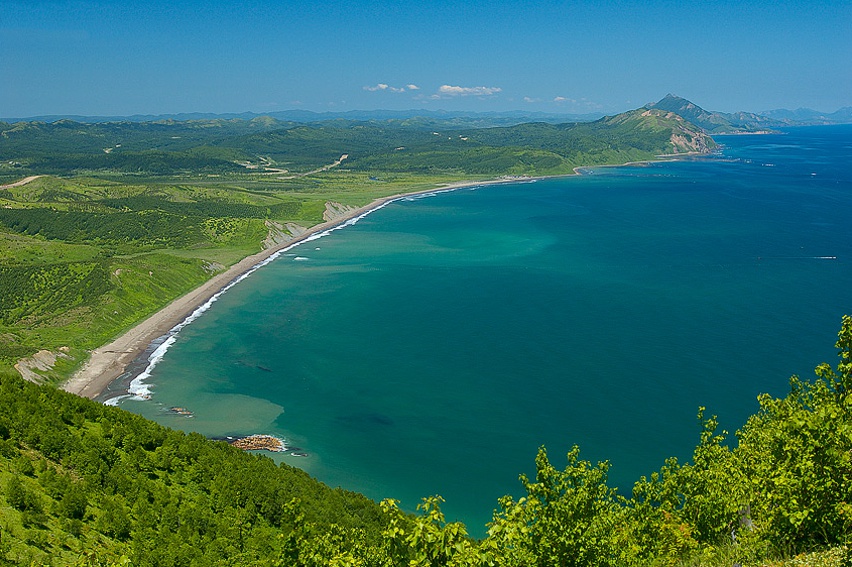 Sakhalin is a large Russian island in the North Pacific Ocean, lying between 45°50' and 54°24' N. It is Russia's largest island, and is administered as part of Sakhalin Oblast. Sakhalin, which is about one fifth the size of Japan, is just off the east coast of Russia, and just north of Japan.

The indigenous peoples of the island are the Ainu, Oroks and Nivkhs. 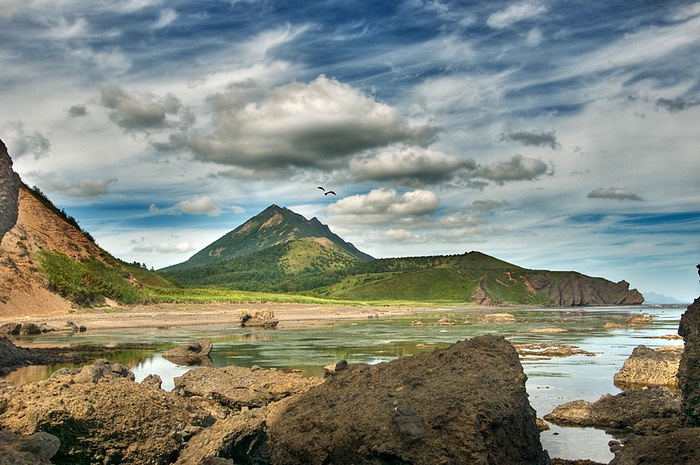 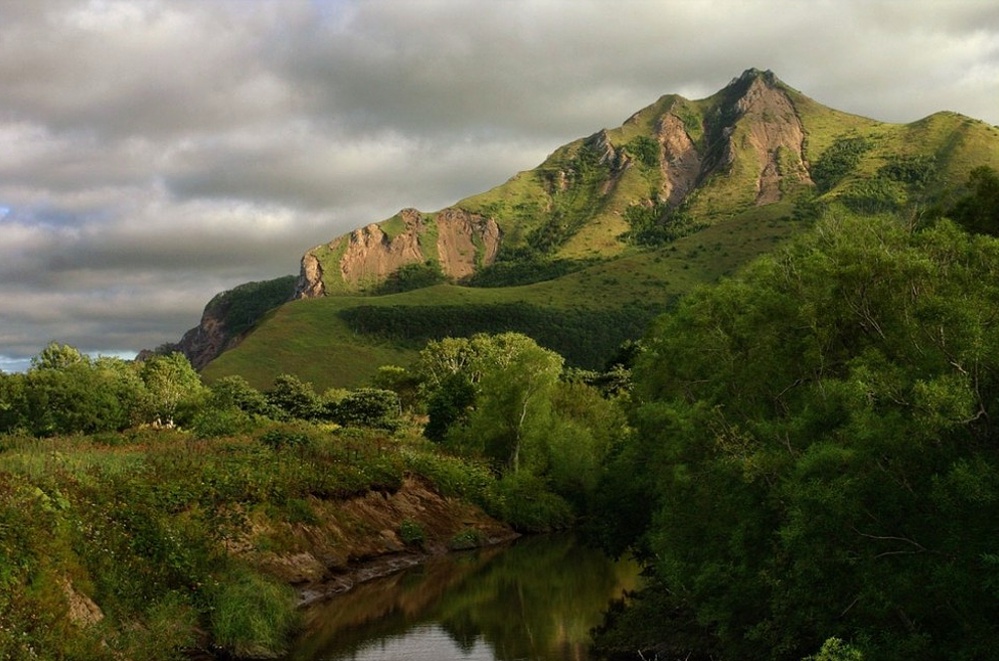 Sakhalin is separated from the mainland by the narrow and shallow Strait of Tartary, which often freezes in winter in its narrower part, and from Hokkaidō, (Japan) by the Soya Strait or La Pérouse Strait. Sakhalin is the largest island in Russia, being 948 km (589 mi) long, and 25 to 170 km (16 to 106 mi) wide, with an area of 72,492 km2 (27,989 sq mi). Its orography and geological structure are imperfectly known. One theory is that Sakhalin arose from the Sakhalin island arc. Nearly two-thirds of Sakhalin is mountainous. Two parallel ranges of mountains traverse it from north to south, reaching 600–1500 m (2000–5000 ft). The Western Sakhalin Mountains peak in Mount Ichara, 1,481 m (4,859 ft), while the Eastern Sakhalin Mountains's highest peak, Mount Lopatin 1,609 m (5,279 ft), is also the island's highest mountain. Tym-Poronaiskaya Valley separates the two ranges. Susuanaisky and Tonino-Anivsky ranges traverse the island in the south, while the swampy Northern-Sakhalin plain occupies most of its north. 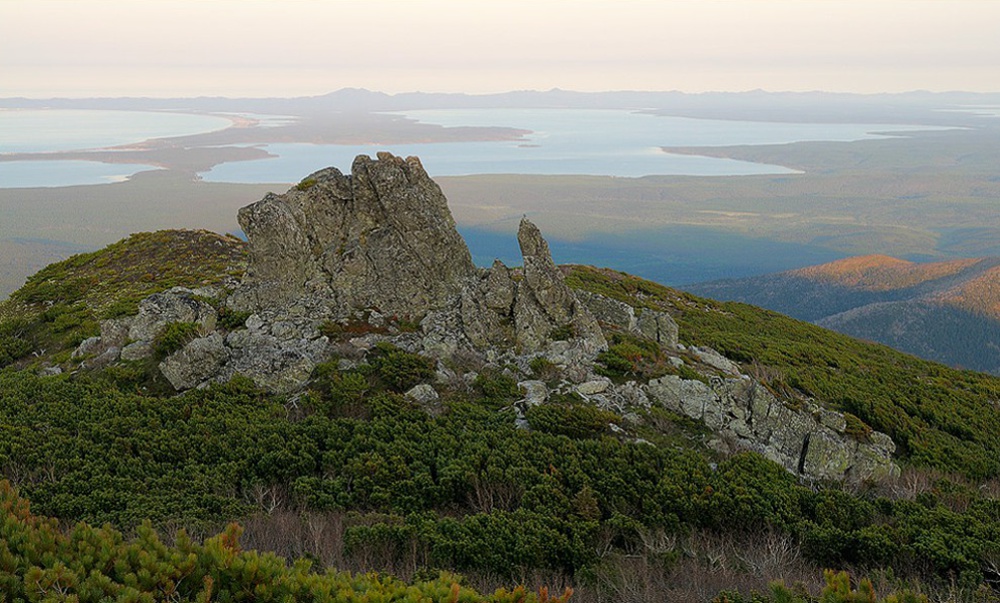 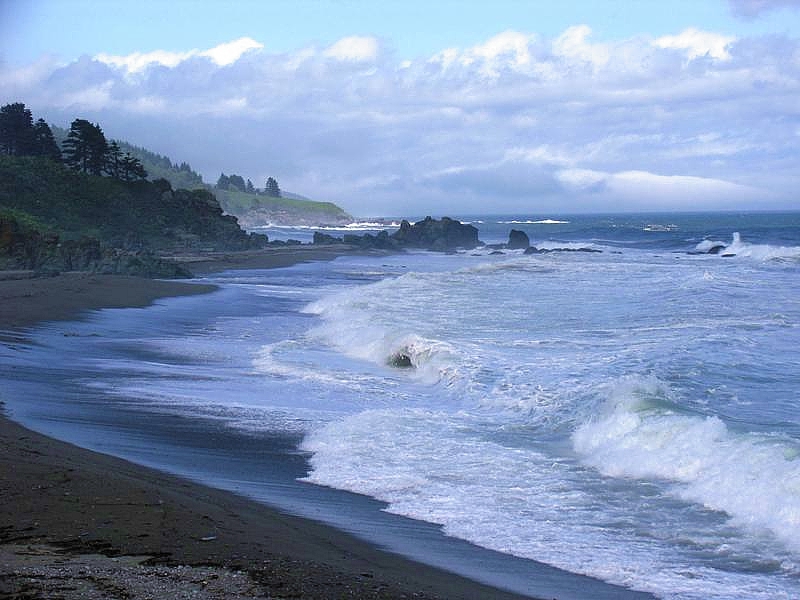 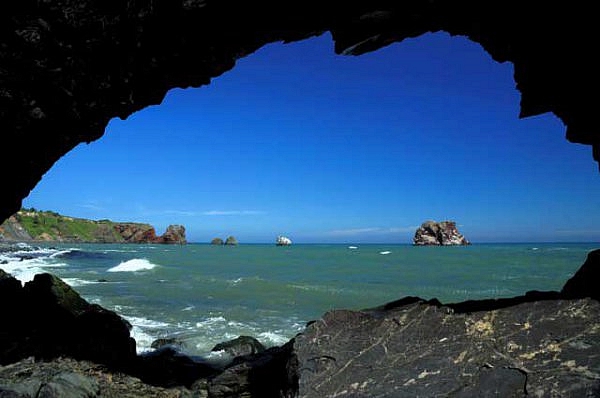 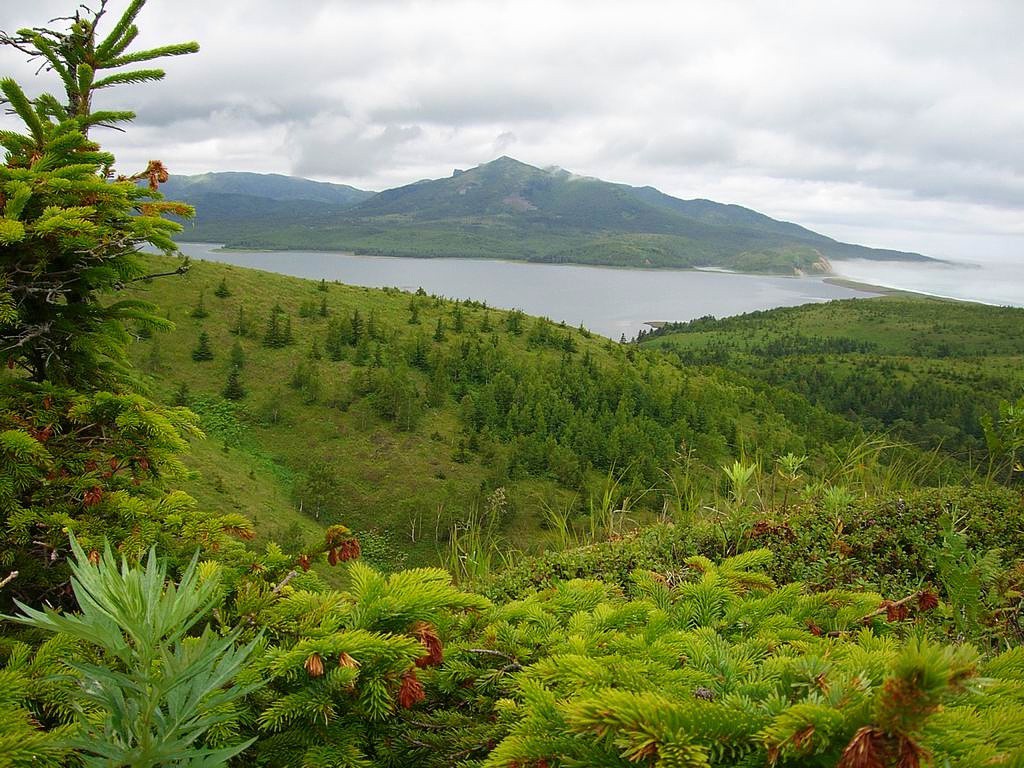 The Sea of Okhotsk ensures Sakhalin has a cold and humid climate, ranging from humid continental (Köppen Dfb) in the south to subarctic (Dfc) in the centre and north. The maritime influence makes summers much cooler than in similar-latitude inland cities such as Harbin or Irkutsk, but makes the winters much more snowy and a few degrees warmer than in interior East Asian cities at the same latitude. Summers are foggy with little sunshine. Precipitation is heavy, owing to the strong onshore winds in summer and the high frequency of North Pacific storms affecting the island in the autumn. It ranges from around 500 millimetres (20 in) on the northwest coast to over 1,200 millimetres (47 in) in southern mountainous regions. In contrast to interior east Asia with its pronounced summer maximum, onshore winds ensure Sakhalin has year-round precipitation with a peak in the autumn.