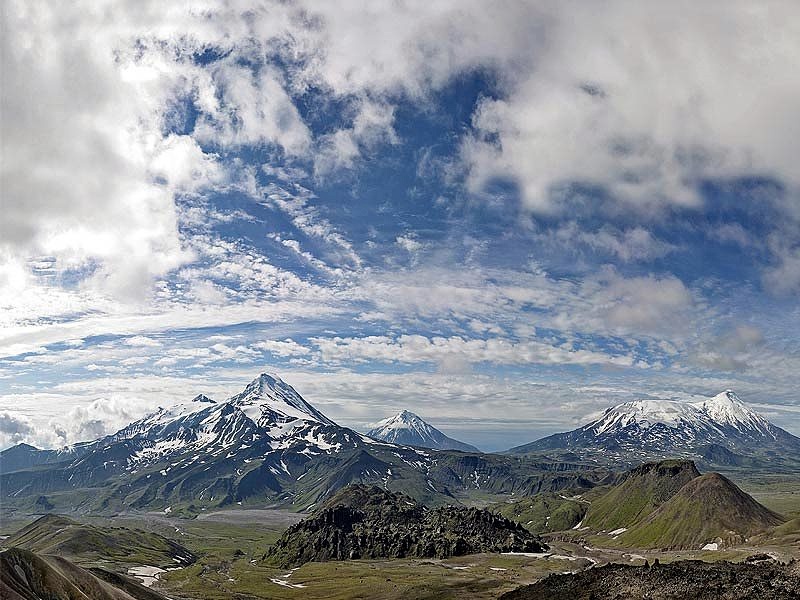 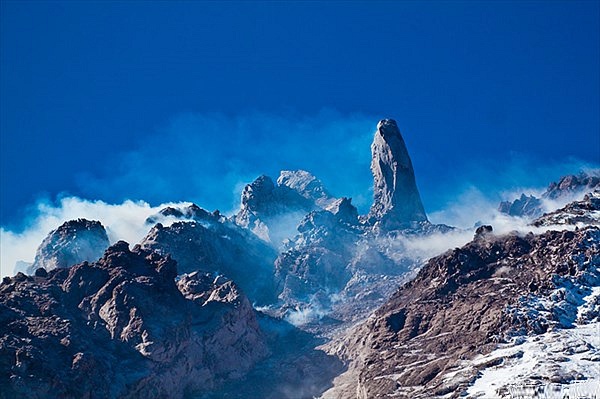 Kamchatka is a Peninsula in the North-Eastern part of Eurasia in Russia. Bordered on the West by the sea of Okhotsk, East of the Bering sea and Pacific ocean.

The Peninsula stretches from North-East to South-West to 1200 km Connected with the mainland by a narrow (up to 93 km) isthmus - Perepolkin valley. Greatest width (up to 440 km) - at the latitude of Cape Kronotsky. The total area of the Peninsula ~ 270 thousand km2, which is 10 times larger than the area of the Crimean Peninsula. 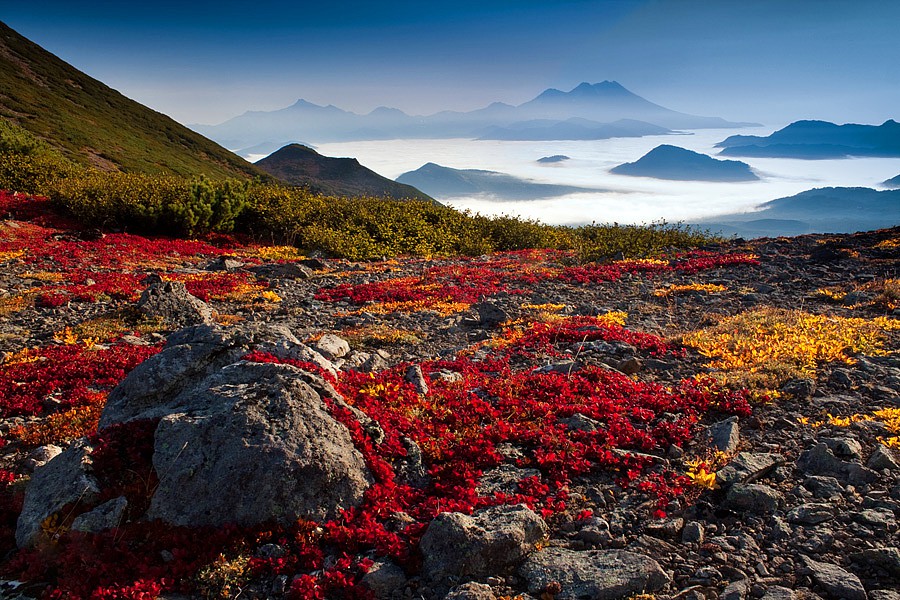 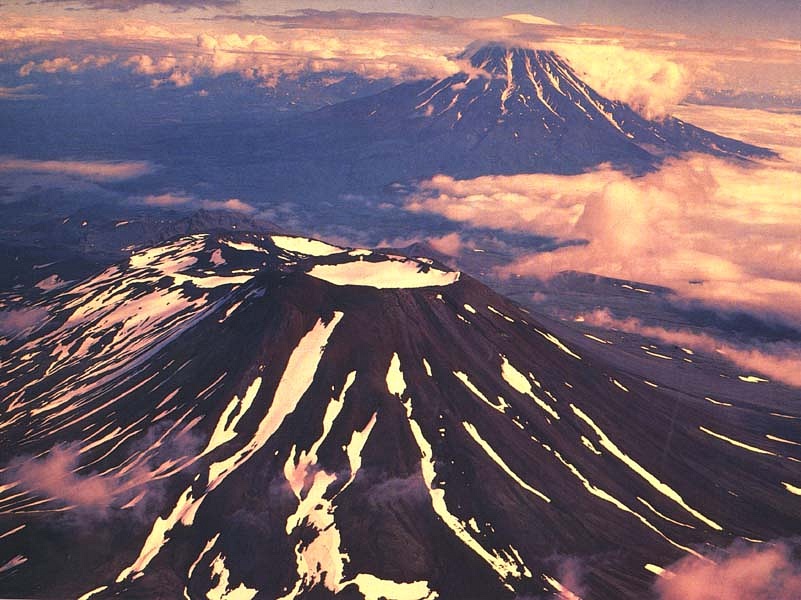 The Eastern shore of the Peninsula is heavily indented, which forms large bays and coves. Far out into the sea, a rocky Peninsula. Volcanoes are the main attractions of the Kamchatka Peninsula. Images of volcanoes appear on the flag and the coat of arms of Kamchatka and Petropavlovsk-Kamchatsky. The activity of volcanoes is one of the reasons small aftershocks occurring in the immediate vicinity of the volcano or on it. During volcanic eruptions in the atmosphere emitted volcanic ash and volcanic bombs - clots of molten rock, as well as a wide variety of gases and water vapor. 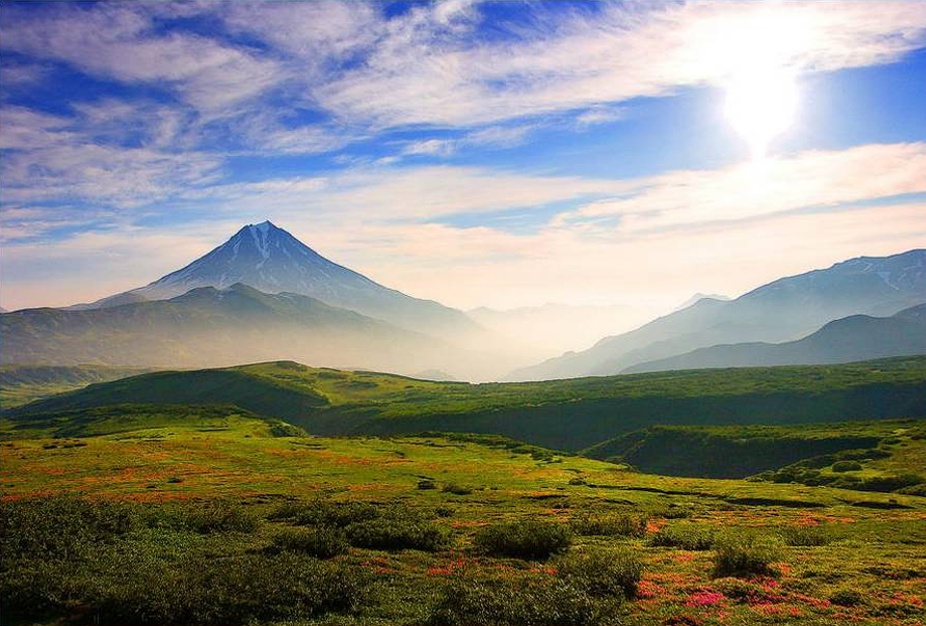 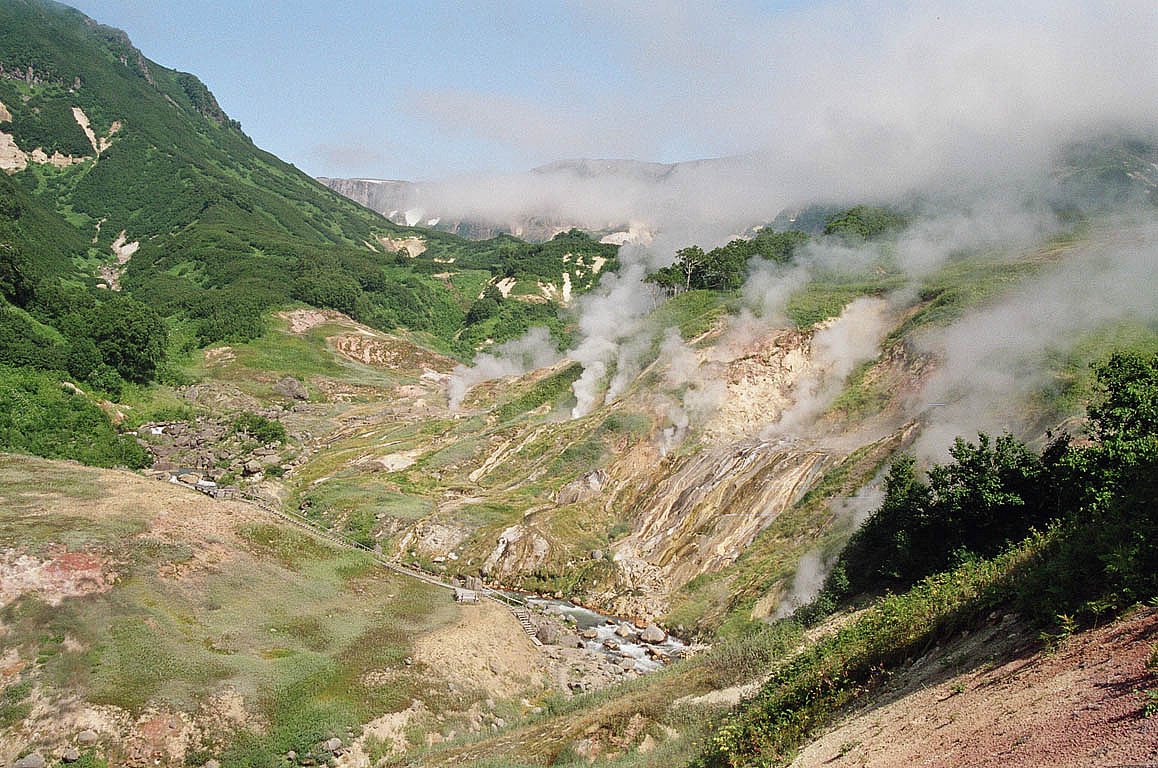 Just in Kamchatka there are more than 300 volcanoes. Active and potentially active volcanoes include from 28 to 36, the number depends on classification criteria, and the number became active volcanoes, which were previously considered to be extinct. The largest active volcanoes on the Peninsula - the Shiveluch, Klyuchevskoy, Ichinsky, Koryaksky, Avachinsky, Karymsky hills. 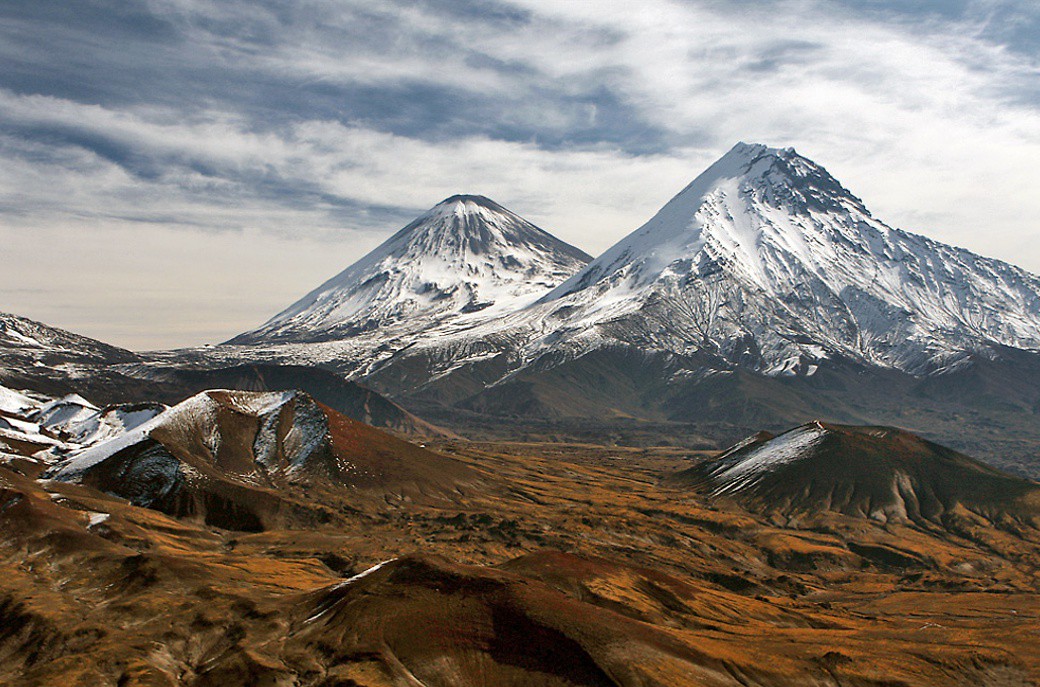 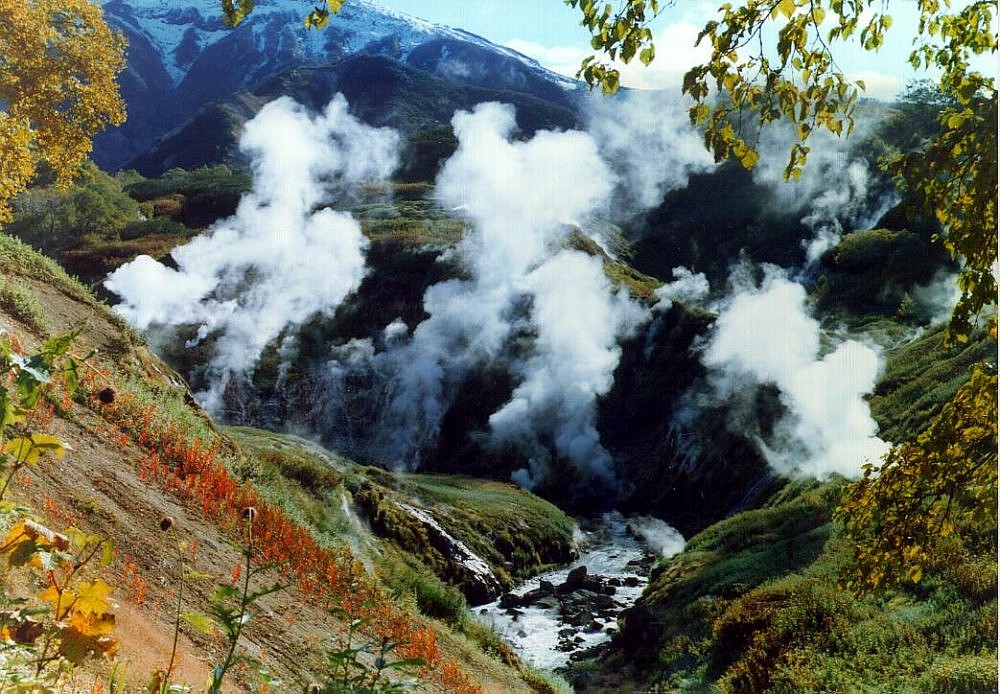 Volcanoes of Kamchatka included in the World heritage list of UNESCO. Most of the Kamchatka rivers originate at the foot of the mountains and glaciers. This explains the purity and quality of their water. During the period of fish spawning rivers of Kamchatka attract large number of tourists, anglers, and nature of the fishermen of Kamchatka bears. 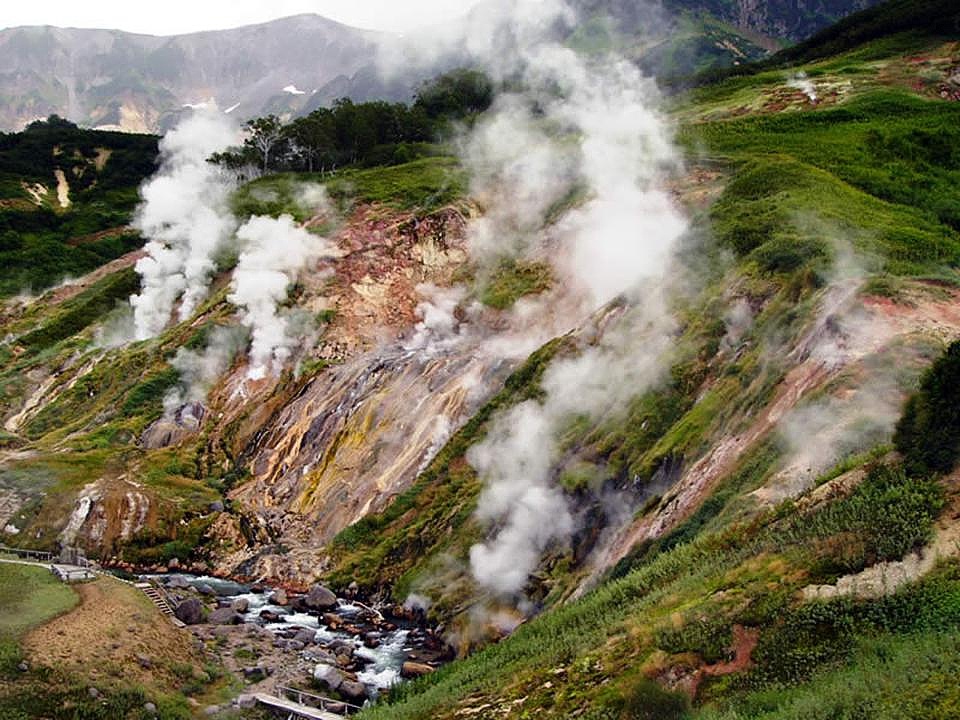 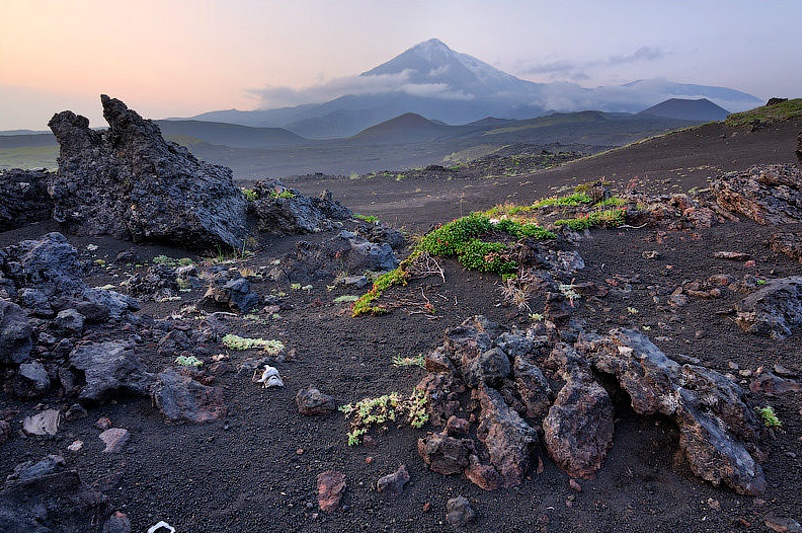 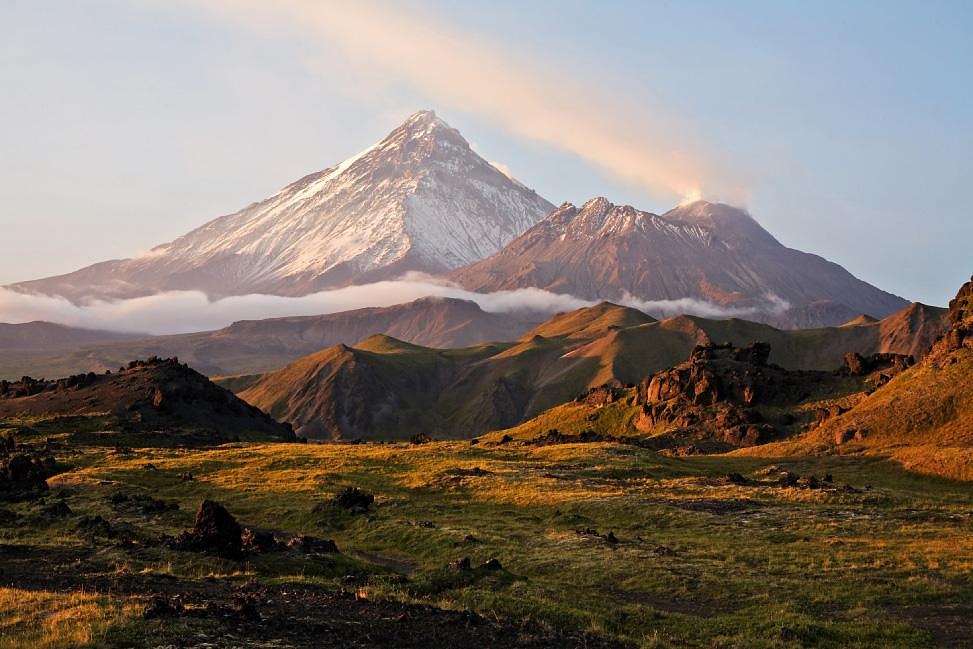 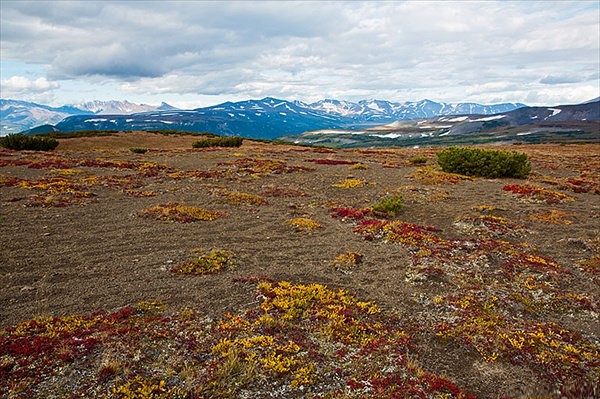 A significant part of the territory of the Kamchatka Peninsula are allocated to protected areas. Among them are 3 state reserves, 5 national parks, 8 Federal wildlife refuges and 23 local, 105 monuments of nature, 2 spa areas and some other types of protected areas. 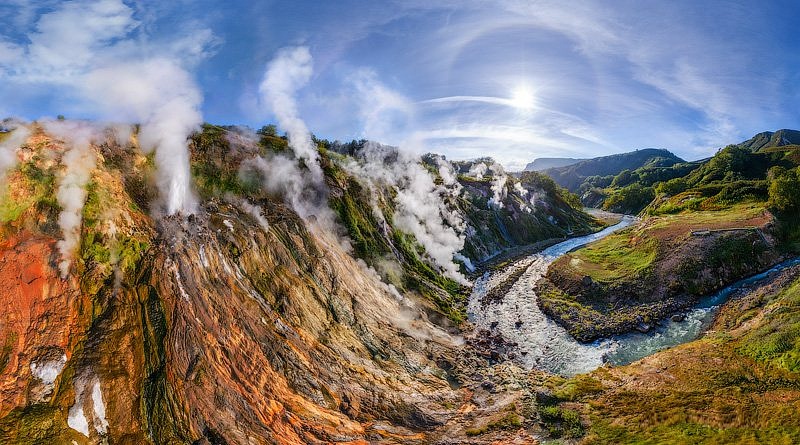