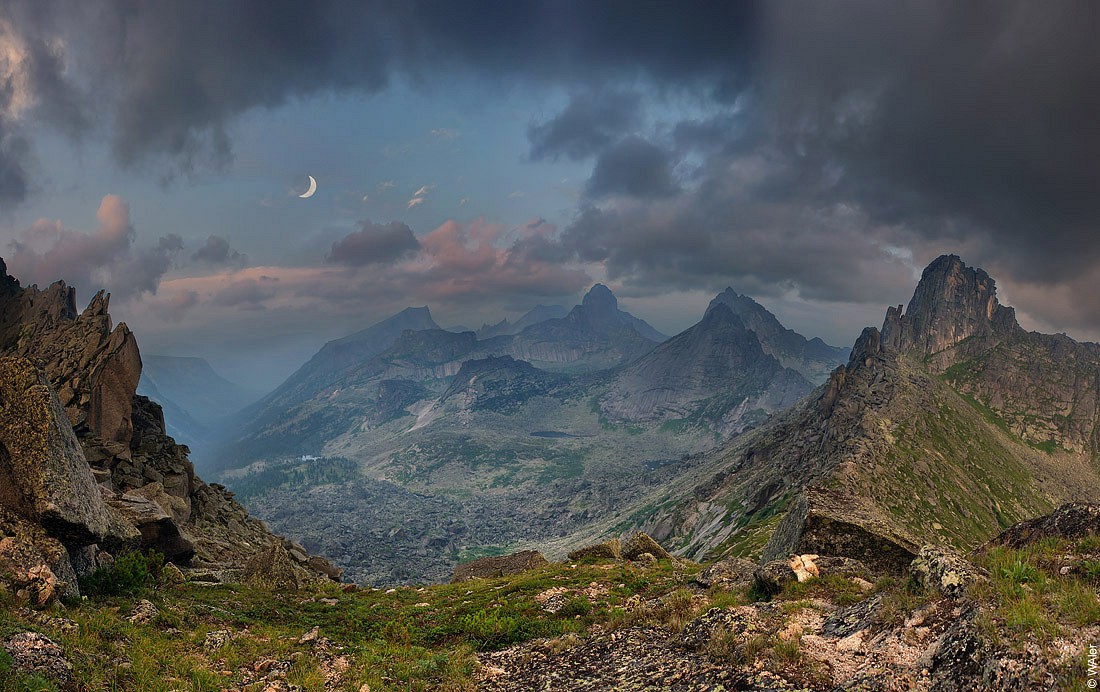 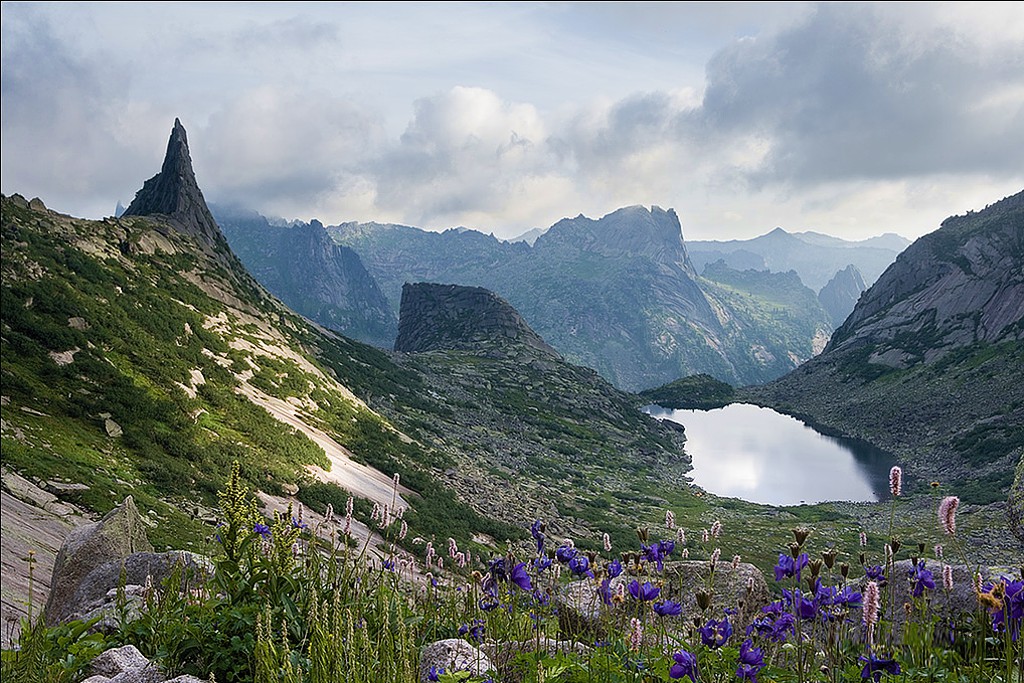 Western Sayan mountain system with a length of 650 km in the southern part of Siberia. Limited West Chapelski ridge Eastern Altai and Abakan ridge Kuznetsk Alatau. Stretches in the latitudinal direction of the strip, gradually tapering from 200 to 80 km from the headwaters of the Abakan river to the junction with the Eastern Sayan ranges in the upper reaches of the river Kizhi-Khem. The varied topography of the Western Sayan mountains are clearly associated with the altitude above sea level. 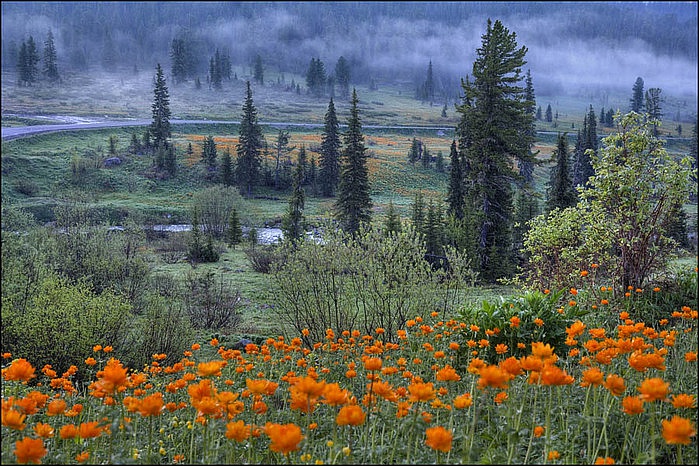 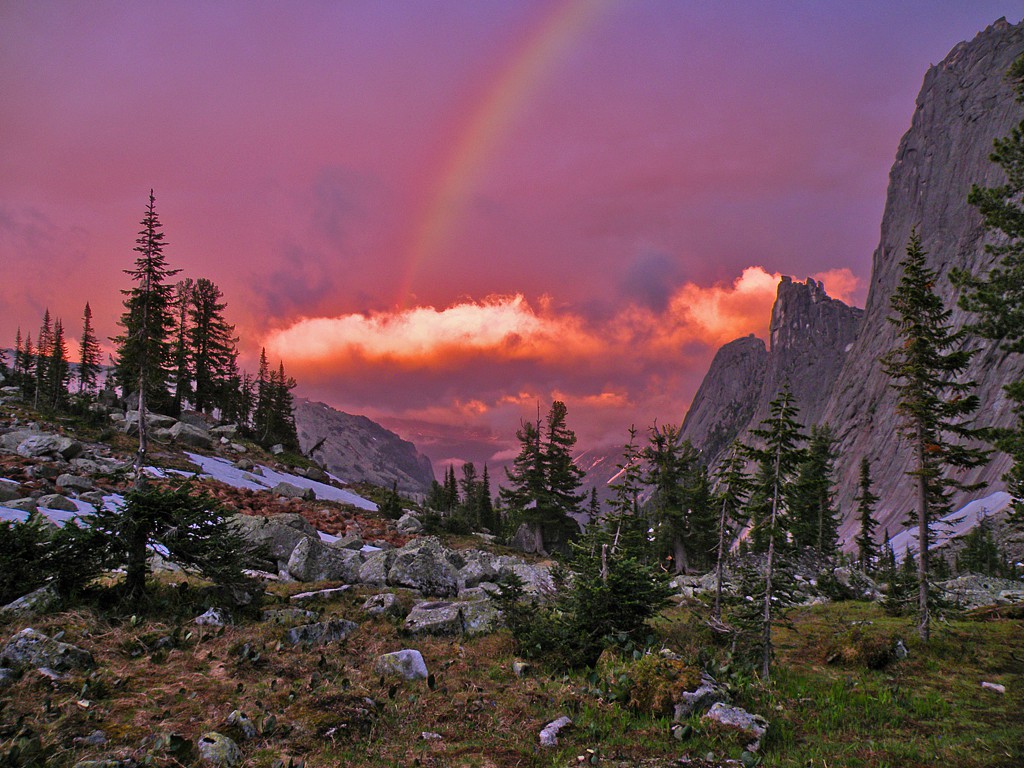 In the very top tier, above the upper border of the forest, is a typical high Alpine terrain. It is characteristic of the ridges of the centerline of West Sayan (Sayan, Borus, Aradanskiy, Ergaki-Target-Taiga). For this type of topography characterized by narrow ridges with steep slopes, sharp inaccessible peaks, deep karrs with perennial snowfields.To the South and North from the centerline of the most common is the mid-mountain terrain. The more gently sloping ridges, highly rugged river valleys, forested mountain taiga. For the Northern and southern boundaries of the Western Sayan mountains characterized by low-mountain terrain with the flat, low hills, with occasional mixed forests and large steppe areas. In the Sayan mountains meet the vast mountain plateau, ancient surface alignment, the remains of an ancient plain. River valleys, cutting plateau, bear the traces of recent glacial activity, they are often waterlogged and poorly covered by forest. The climate of the region is continental with a pronounced altitudinal zonation. The temperature drops by 1° for every 150 m of ascent. The difference in the length of the warm period of the year between the axial ridges and foothills about 40 days. 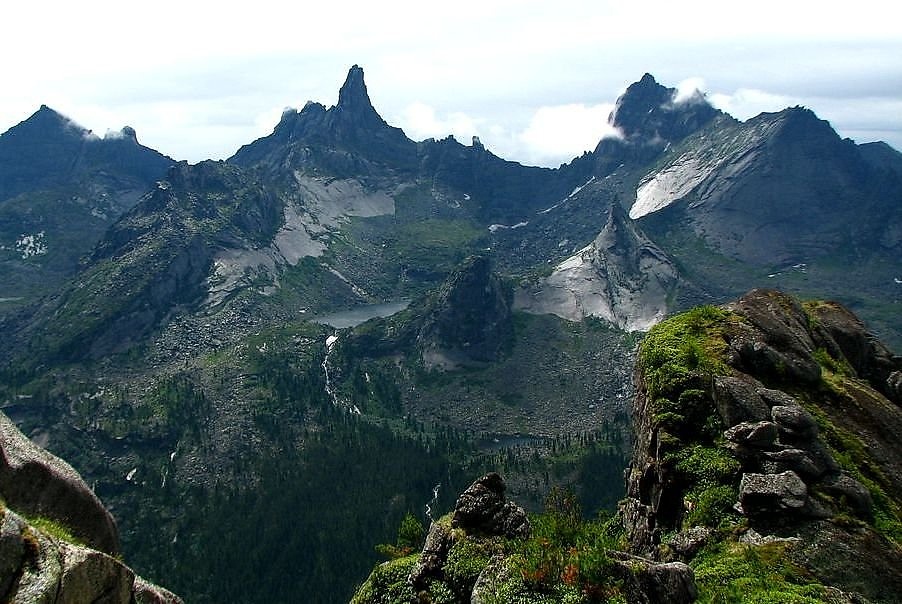 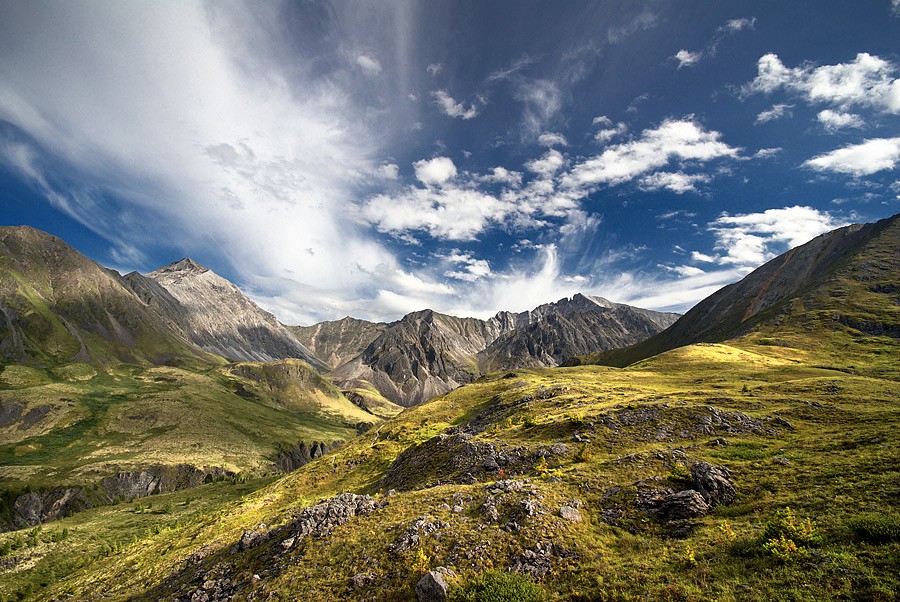