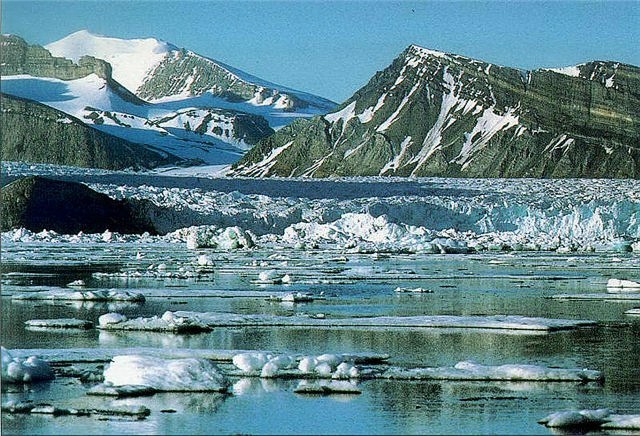 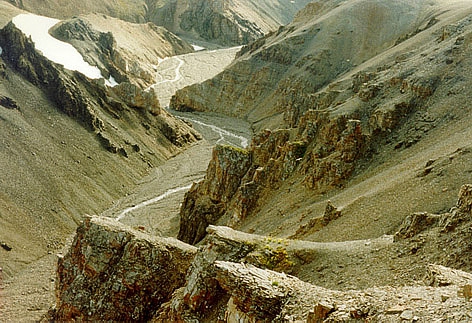 Byrranga is a mountain in the far North of Eastern Siberia on the Taimyr Peninsula. The North in Russia, the system of the mountains. Mountains are formed by a system of parallel or tapered spaced ridges (height 250-400 m) and vast undulating plateau (up to 900 meters). Ridges and plateaus share hilly plains, through valleys and deep canyons. The mountains reach 1100 kilometers from the Yenisei Gulf of the Kara sea in the South-West to the Laptev sea in the North-East, width up to 200 kilometers. In the Byrranga mountains did not come even Nganasan, traveling up the coast of the Arctic ocean. About this place, they said, "There's a Kingdom of evil spirits, stone and ice, nothing more. There loss. In Nganasan "Byrranga" means "mountain, rugged river valleys with large naked stones and spaces, covered with mosses and lichens". Byrranga formed around the same time with the Ural mountains in the Paleozoic. 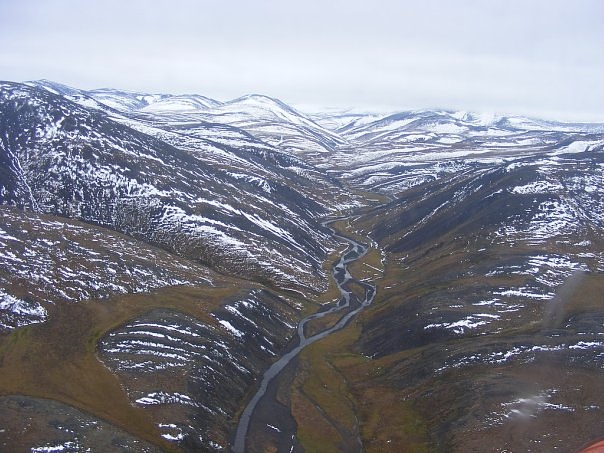 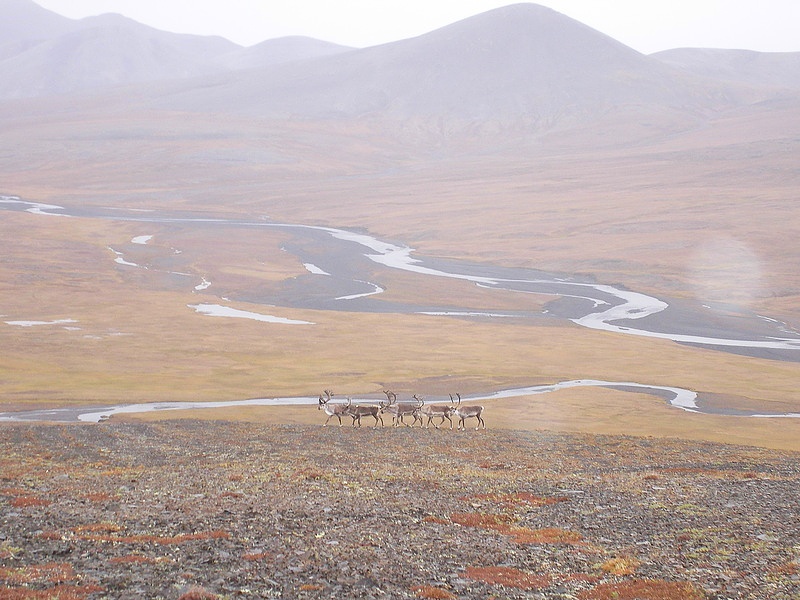 Byrranga mountains are divided into three parts: Western, Central and Eastern. The Western part is located between the Yenisei Gulf and the valley of the Pyasina river and has a height of 250-320 meters. The Central part lies in the area between the Pyasina and Timery and has a height of from 400 to 600 meters. The Eastern part lies to the East of Timery and is the highest elevation from 600 to 1125 meters. In the Eastern part Berrange there are modern glaciers with a total area of more than 30 km2. Just Berrange there are about hundreds of glaciers, some of which descend to the altitude of 600-900 meters. For a long time the highest point Barrage was considered a mountain of Ice with height 1146 meters. But the height of the Ice was clarified and proved that she is just 1119 meters and the highest point Barrage was a mountain with a height of 1125 meters in another mountain site, located in more than one hundred kilometers to the East of the Ice. 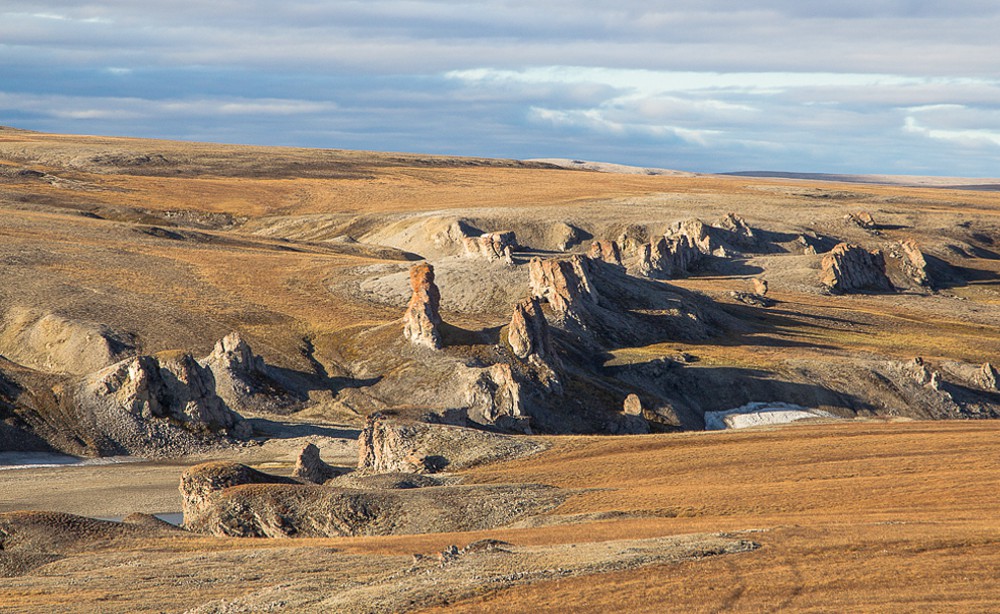 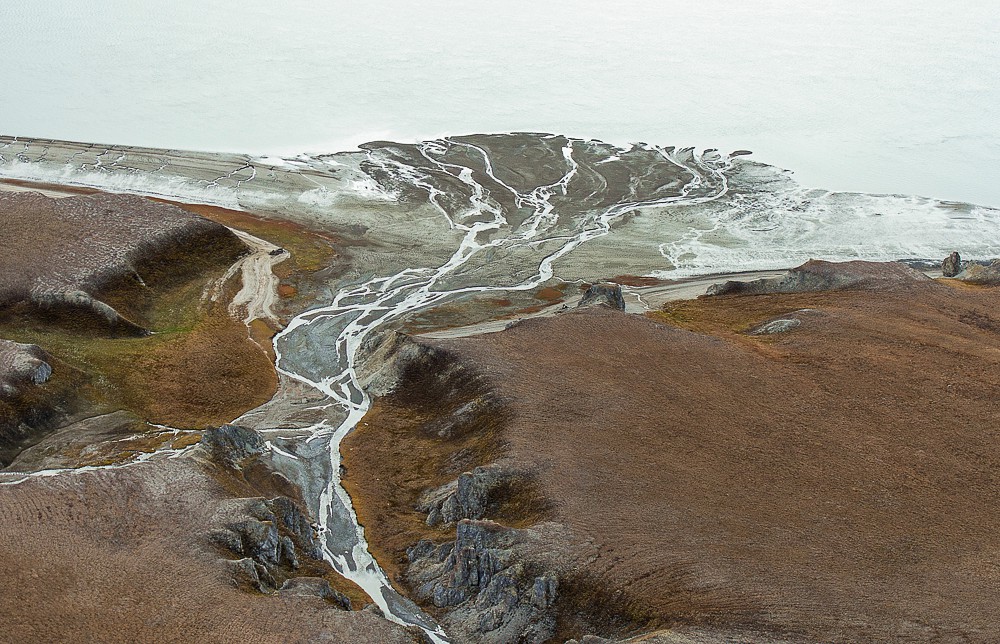 Byrranga mountains heavily dissected and consist of a series of mountain ranges separated by deep river valleys. The slopes of most of the valleys are steep and covered with scree. Form of mountain peaks varied: meet and acute-angled vertices with the rugged circuses and punishments slopes, mountains with flat tops and gentle slopes. The slopes and peaks are often covered with scree and clusters of blocks (stone looses), which form a "stone river" and "sea". Sometimes the fragments are boulders brought by ancient glaciers from the sea. The climate is harsh, sharply continental with long, very cold winters and short summers. "Land of the dead", this place was called Dolgans and never got to dispersal beyond the foothills. The average January temperature is -35°C, July +3-5°C. Spring begins in June, and in September begins winter with heavy snows. In the Eastern part of the mountains the temperature is lower than the Western part. Precipitation falls from 100 to 400 mm per year. About half of them in solid form. The maximum precipitation falls in summer, the maximum solid precipitation is usually in September-November and June. In February-April, precipitation is minimal. The snow cover is established with the beginning of the cold period and reaches its greatest height in may or June. Duration of occurrence of stable snow cover is about 270 days. The background is the maximum ten-day snow depth of 70-90 cm. In the mountains many areas of bare snowstorms, while in the wind shadow of the snow pillows can exceed 2 m Inspired by the snow in hundreds of meters in length are interpreted in the summer aerial photographs. Blizzards are very characteristic of Taimyr. On the southern slopes and at the foot of the common moss-lesanicova tundra, on the Northern slopes and above 500-700 meters sparse Arctic tundra, which gives way to the Arctic desert and glaciers. On the South-protected slopes, which are well closed in winter and quickly thawed in the spring, there is a grassy mountain meadows, grassy tundra. Here relict Northern ferns. On the territory of mountains Byrranga grow many rare species of plants. 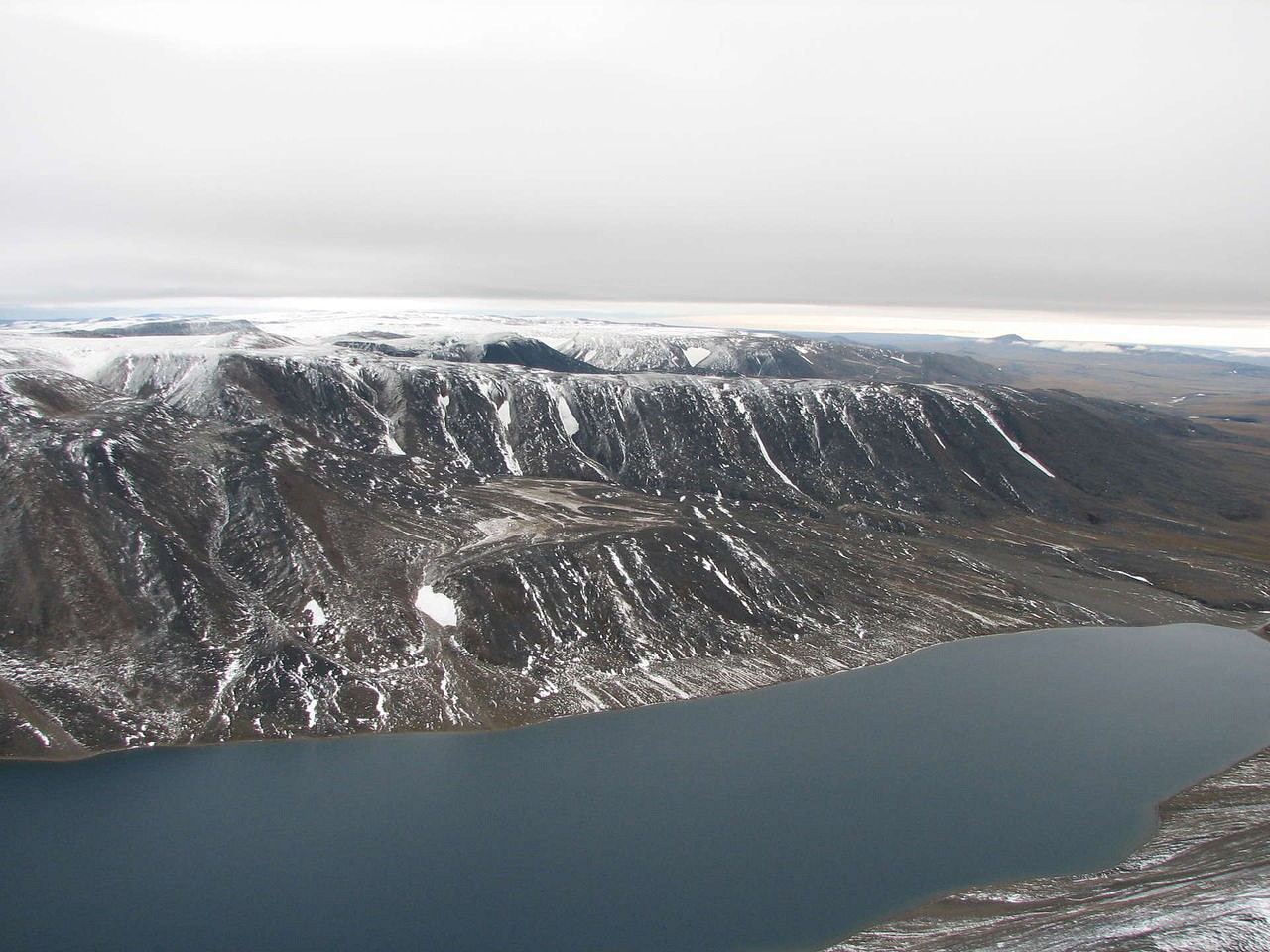