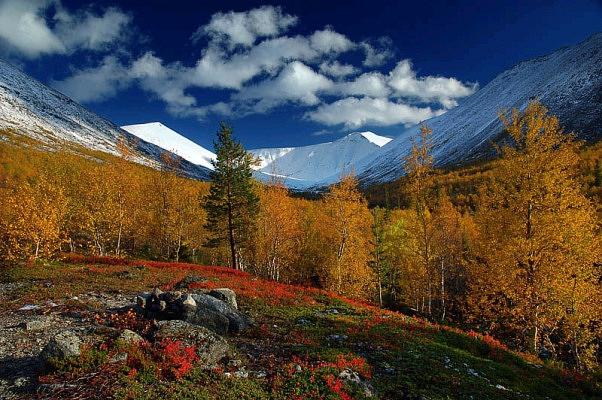 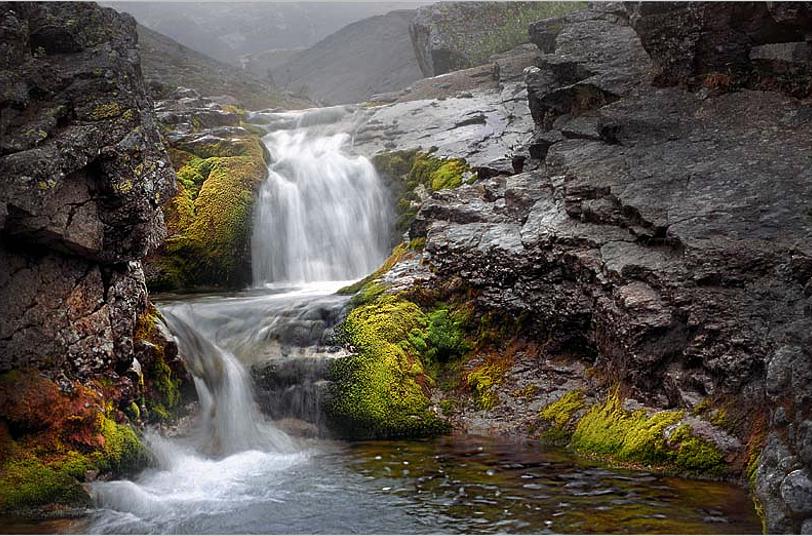 The Khibiny mountains is the largest mountain massif on the Kola Peninsula. Geological age - about 350 million years. The plateau-like tops, slopes are steep with separate snowfields. A single glacier in the mountains were not found. The highest point is mount Judychvumchorr (1200,6 m above sea level). Centrally located plateau Kukisvumchorr and Chasnachorr. 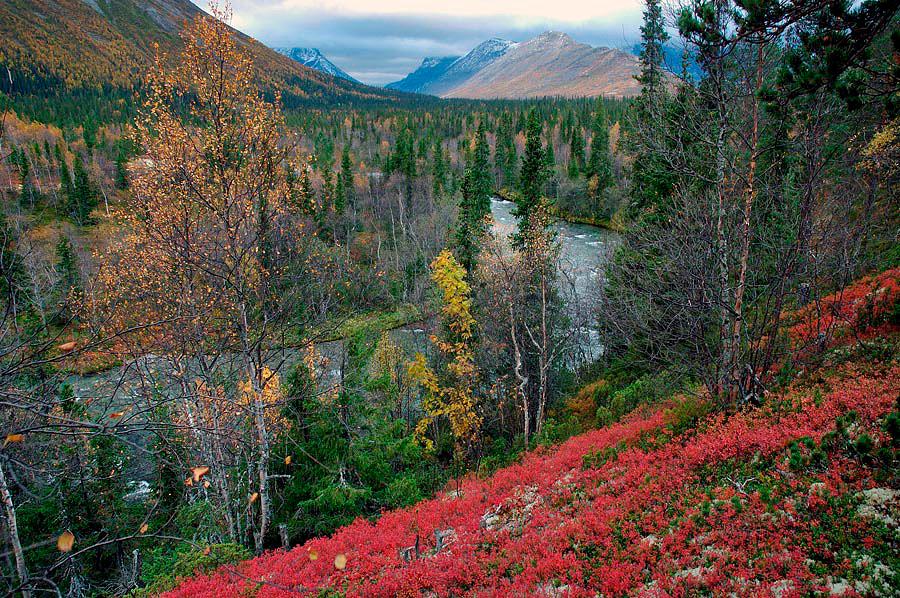 In the Khibiny combined features of regional and local mountain climate. The outer slopes of the mountains have a significant moderating influence of the climate of the surrounding plains, and the climate of the Central part of the array is significantly more severe. Snow in the mountains is from October to June. The polar night lasts for 42 days. Frequent cyclones, sudden changes in atmospheric pressure. On open spaces of vertices can blow wind speeds of up to 50 m/s. From August until mid-April you can watch the Northern lights. 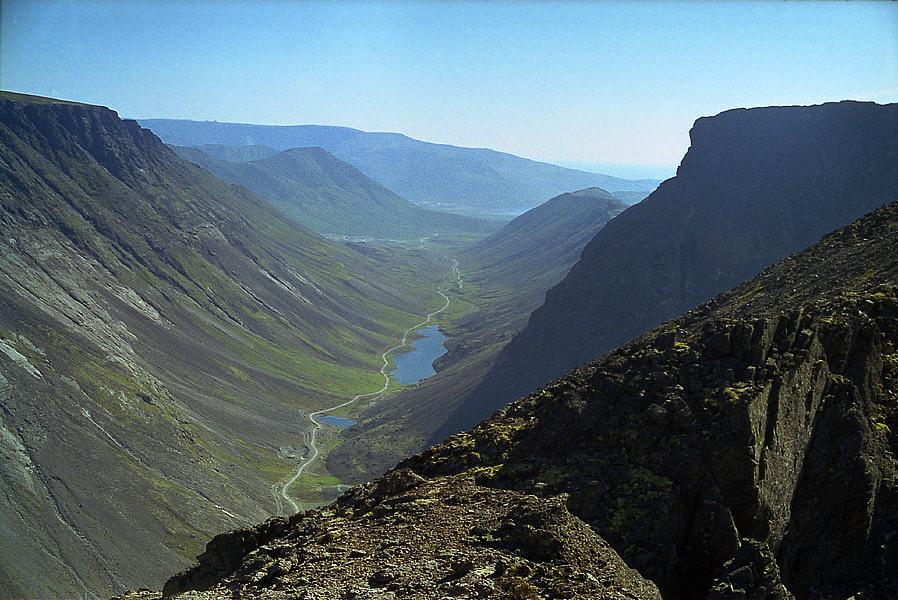 The summer is short, in the mountains 60-80 days without frost. In the foothills of the period with average daily temperature above 10 °C lasts about 70 days. Summer is also the maximum precipitation falls. Polar day lasts 50 days. The flora of the mountains is very valuable. On the territory of the array grows large number of species included in the red books of different rank.