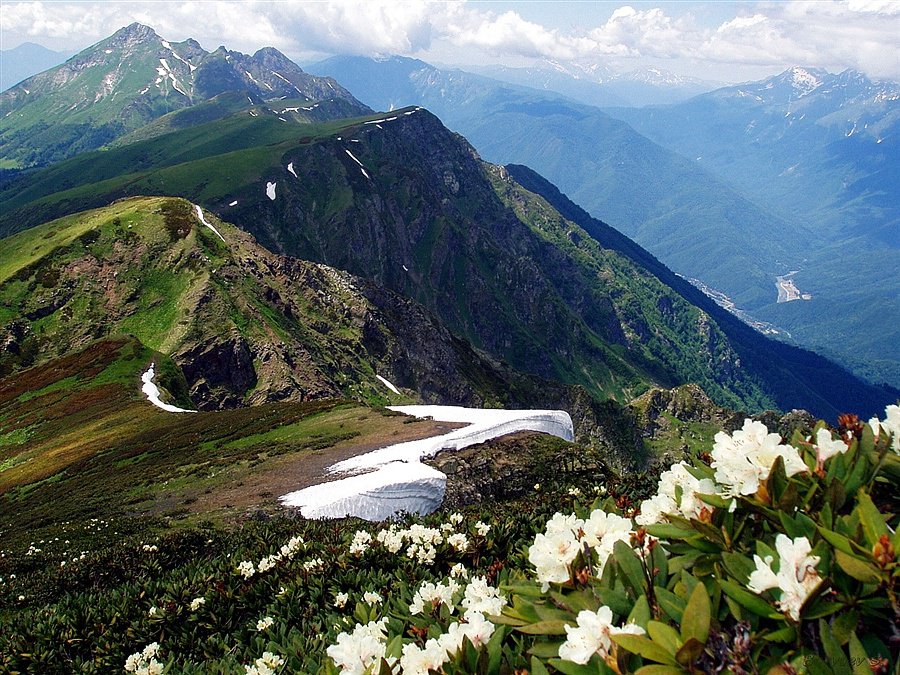 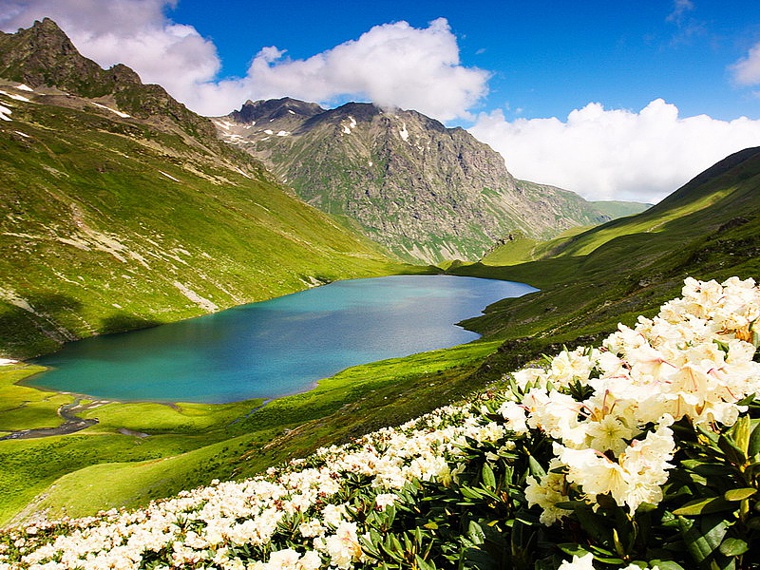 Caucasus mountains - a mountain range between the Black, Azov and Caspian seas. 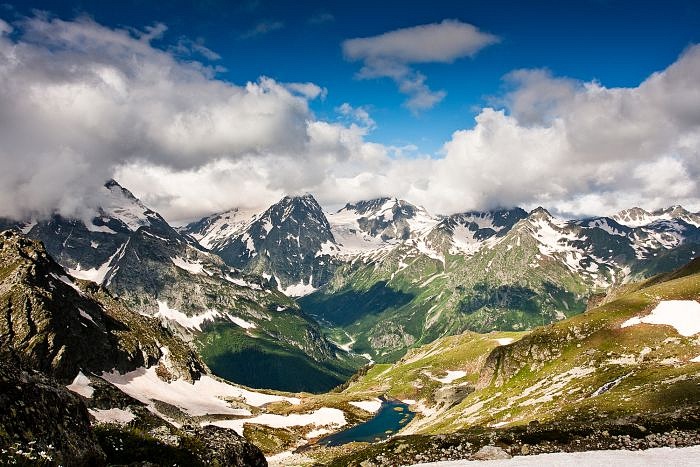 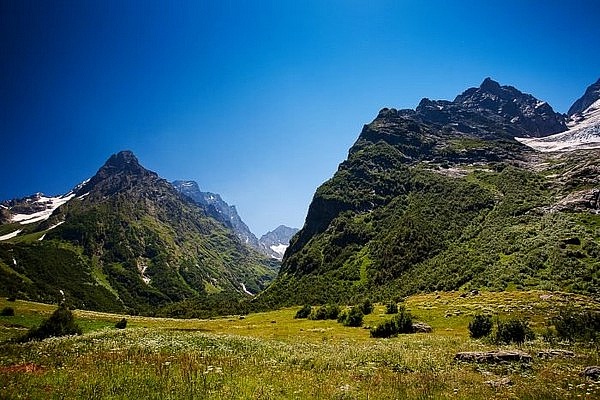 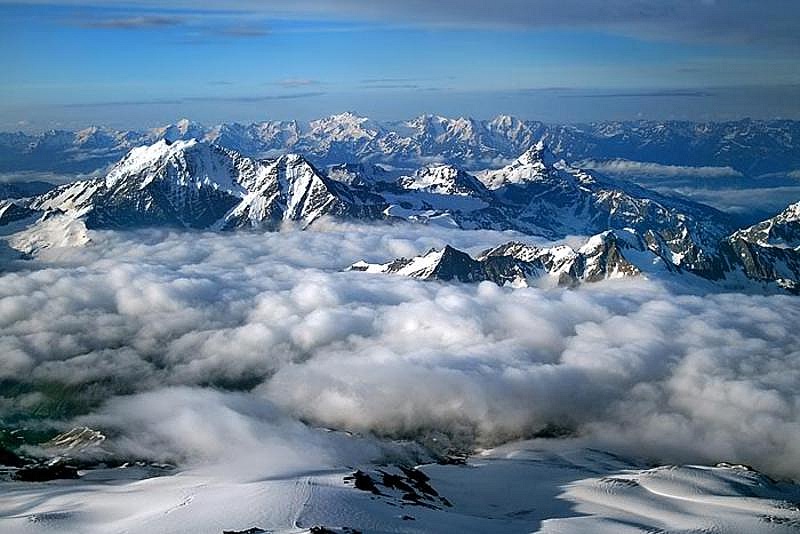 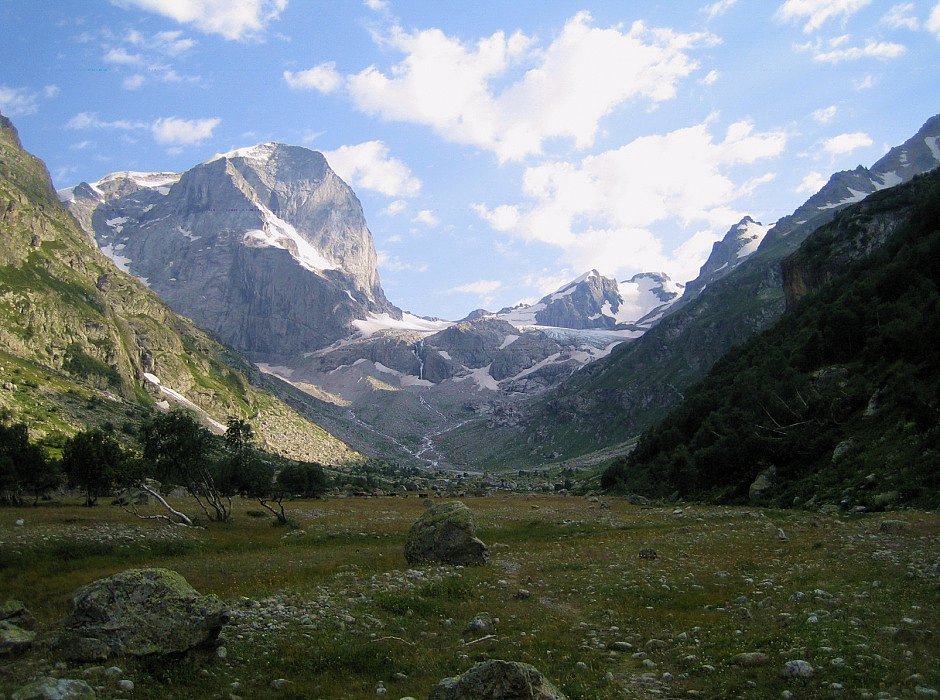 The most famous peak, mount Elbrus (5642 m), Kazbek (5033 m) covered with eternal snow and glaciers.
The greater Caucasus is a region with a large modern glaciation. The total number of glaciers is about 2 050, they occupy an area of approximately 1 400 km2. More than half of the glaciers of the greater Caucasus is concentrated in the Central Caucasus (50 % of the number and 70 % of the area of glaciation). Major centers of glaciation are mount Elbrus and Bezengi wall (with the Bezengi glacier, 17 km). In the Caucasus, 6350 species of flowering plants, including 1600 local species. 17 species of mountain plants originated in the Caucasus. The biodiversity of the Caucasus falling with alarming speed. Mountain region from the point of view of nature protection is one of the 25 most vulnerable regions on Earth.