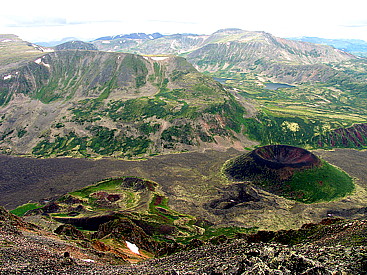 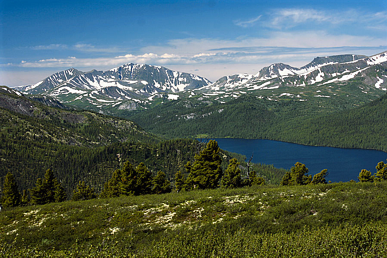 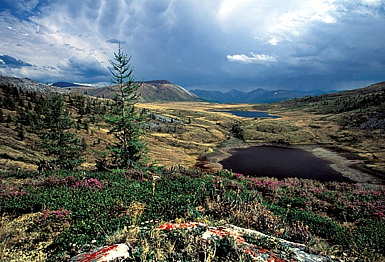 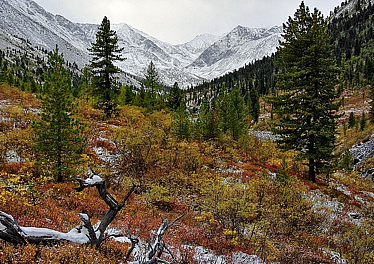 In Central and South-Eastern part of the Eastern Sayan mountains are Alpine arrays Great Sayan, Tunka, Belsky, Kitajskij, Belogorsky Goltsov, Munku-Sardyk, Zulu-Jilin-Nur and others, characterized by Alpine topography. There are also extensive areas of ancient aligned topography and volcanic plateau, characterized by gentle slope (Oka plateau and others). Within the mining system there are young volcanic formations (volcanoes Kropotkin and others). 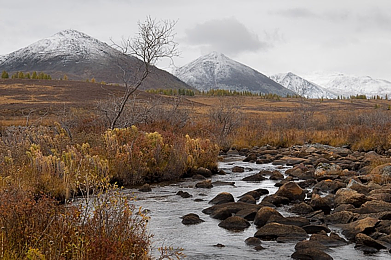 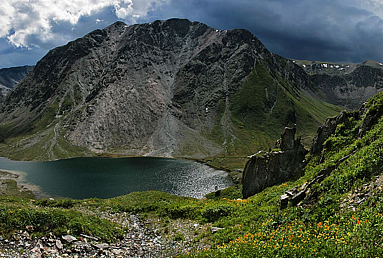 The climate of the Eastern Sayan is sharply continental winter in the mountains is long and harsh, the summers are short and cool. At altitudes 900-1300 m average January temperatures range from -17 to -25 °C, the average July temperature is 12 to 14 °C. Rainfall depends on the location of slopes. In Eastern and South-Eastern areas of about 300 mm per year; in the Western and South-Western to 800 mm per year; in the Northern foothills of about 400 mm per year.